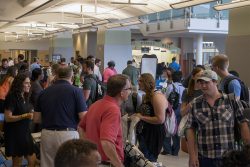 IT Services hosted the annual Eagle Techxpo Technology Conference and Exposition on Friday, September 16. There were four main parts to this year’s conference: the exposition in the IT Building Atrium, informational breakout sessions, the Computer Showcase and Hearthstone gaming competition, and the keynote address. The conference was attended by 620 students, faculty, staff, and and community members. Thirty-three exhibitors ranging from software and hardware companies to the Georgia Southern WebBSIT and other campus programs filled the CEIT Atrium. 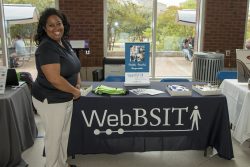 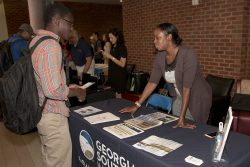 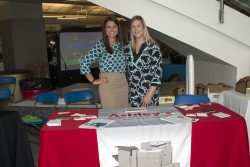 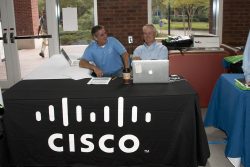 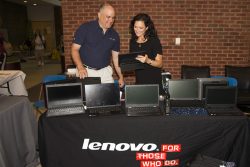 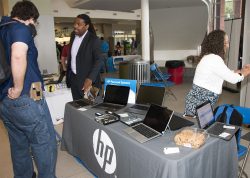 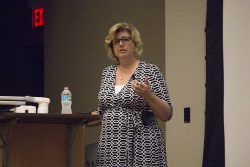 Ms. Sheryl Bunton, CIO of Gulfstream Aerospace, delivered this year’s keynote address. She talked about “Developing Next Generation Leaders in IT.” Ms. Bunton noted that the demand for technology in all sectors of the economy has been increasing at a rapid rate in recent years and that up to 30% of the current IT workforce will retire in five to seven years and that the pipeline of computer engineering, computer science, and Information Technology graduates has been decreasing in recent years. The result of these factors is that growth prospects for the Information Technology profession is excellent. She went on to explain some practical ways in which current and future college students can prepare for a career in Information Technology.

This year, there were twenty-one informational breakout sessions covering several ranges of topics: classroom and pedagogical technology, practical tips for Apple products, unmanned aircraft systems, and information security. Nearly 250 people attended at least one of the sessions this year. 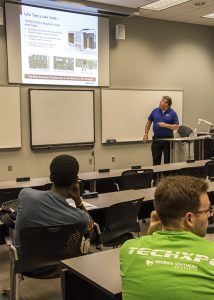 One of the Informational Breakout Sessions

Thirteen students and staff members brought their home-built “monster” computers to Techxpo this year for the Computer Showcase. Check out the photographs of some of this year’s entries. 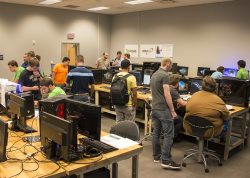 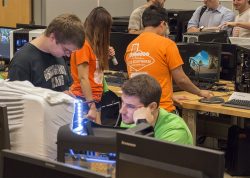 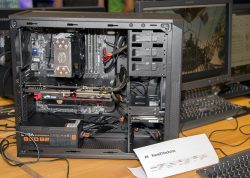 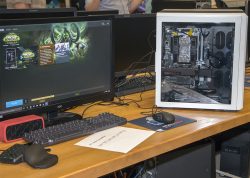 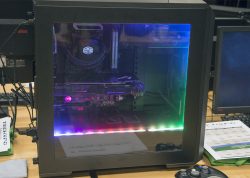 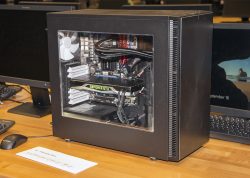 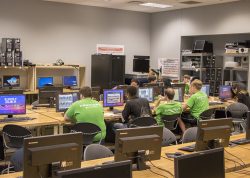 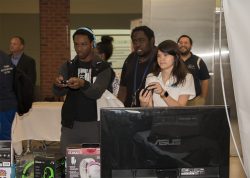 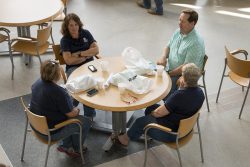 Friends and Colleagues at Techxpo 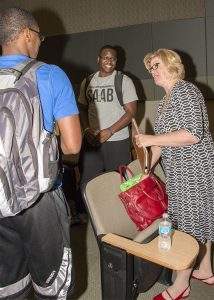 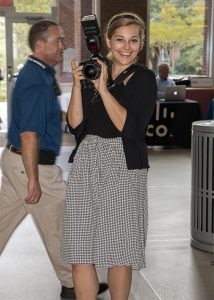 Katie Burrell from the MDC 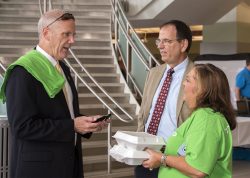 Dean Alan Amason, Associate Dean Bill Wells from COBA and Pam Deal, Director of the Center for Academic Technology Support have a discussion at Techxpo 2016 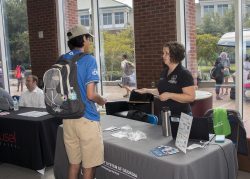 Posted in Archive News, IT News, IT Services, Techxpo