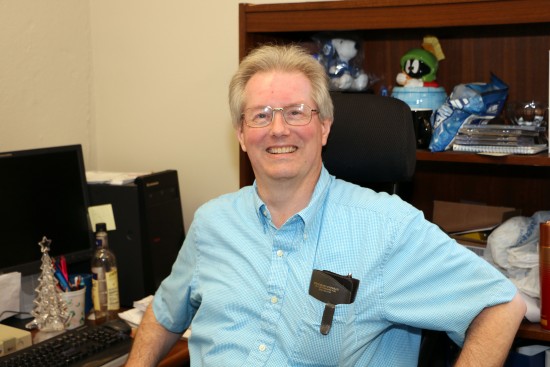 What Mike likes about working in IT Services is that he is always learning new things. He likes that things change rapidly and often in the positions that he is in. A project that he is working on that is helping Georgia Southern students is Banner.

A couple of things that the ITS team may not know about Mike is that his favorite restaurant is Harry’s BBQ and Seafood in Hagan, GA. Also, he is addicted to collecting Christmas ornaments. 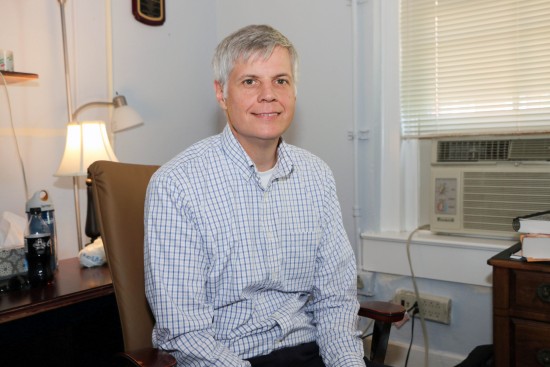 Mike Townsend has been at Georgia Southern for ten months and his hometown is Statesboro, Ga.

He got his start at Tailored Business Systems here in Statesboro and took that opportunity to learn all he could about Information Technology. He then worked for the U.S. State Department. He worked in Paris for two years and Washington, DC for two years as well.

After that, Mike came back to Statesboro and worked in the Bulloch County School System for nine years and started at Georgia Southern at the beginning of the year.

Mike’s favorite part about working in IT Services is his team members, Jackie, Burt, Jim, Tom, and Walter. He says without their technical and organizational knowledge he would have a hard time.

His department is working on network monitoring. This will help the team know when things, such as the portal or a server, go down faster. With network monitoring, they will be able to resolve the issue quicker.

Something that you may not know about Mike is that he got engaged to his wife, Susan, under the Eiffel Tower. He also has been inked by an octopus in the Mediterranean and owns every episode of Friends. 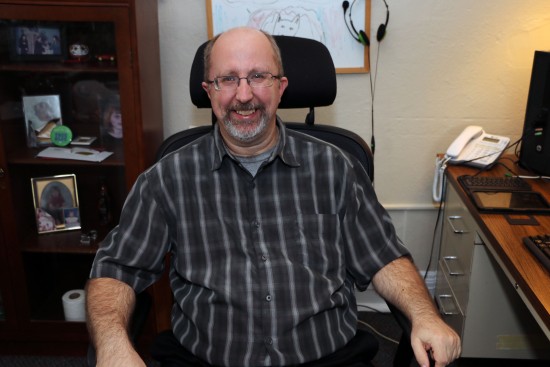 Michael Waller is from Ocilla, Georgia and has worked at Georgia Southern for 18 years. He graduated with a BS after two years, then completed a year of graduate studies. There was about a 5 year gap when he worked in the private sector then started working at Georgia Southern.

Michael likes the challenge and surprises of working in IT within the state budget. He said there is always an adventure, always an opportunity. For him IT in general is always new and exciting, new techniques, new ideas, and new systems are always being born at a rate never seen before.

He believes that every project they work on in IT has a positive impact at/on Georgia Southern and the surrounding community. The new Pyramid BI looks to be making a significant impact on how we view data as a whole and apply this view to better serve the university and local communities.

Michael cooks a mean pot of chili, and he does mean, it is a wonder the pot doesn’t melt. He is really into study of ancient, obscure religions, particularly the blend of Judo-Christian/backwoods supernatural blend that is found in the less accessible reaches of where he was born.

Posted in ITS Team Highlights