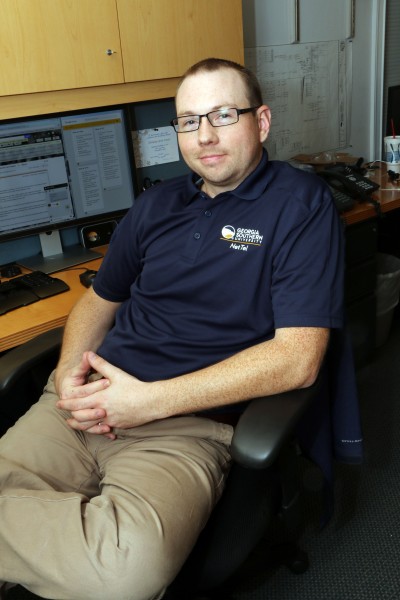 Bryan Stamey has been with Georgia Southern since December, 1, 2013. He originally worked with the CATS department, but recently moved to Net-Tel. He helps design, maintain and install A/V systems all over campus.

Bryan is from Griffin, Ga. and has been in Statesboro since 2003. He’s always been interested in A/V; he grew up installing things in his family’s and friend’s houses.

Currently, his department is working on the design aspect for A/V in three upcoming building projects. The capability of what Net-Tel is able to accomplish with in-house resources is tremendous. They will be able to save the university great deal of funding. No other university he has come across has this same capacity.

Bryan’s favorite part of being with IT Services is being surrounded by such a great group of people. He says it is a pleasure to come to work every day.

He recently married this past October and leaves for his honeymoon to Italy February 14. Bryan’s a firearms enthusiast and enjoy all sorts of shooting sports. He is currently enrolled in the manufacturing engineering program here on campus. 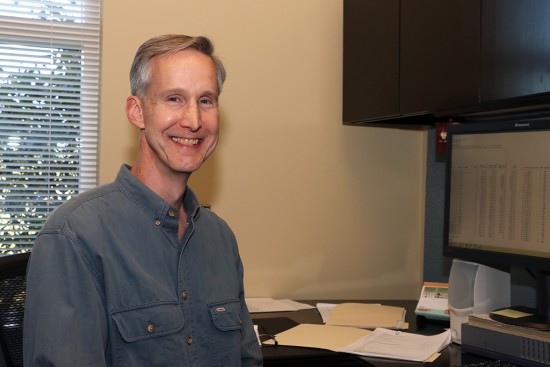 In the past several years, he worked as a Banner-DBA, but eventually decided to return to programming and systems analysis.

John is from Tallahassee, Florida and his favorite part about working in IT Services is making a customer happy. He says the most enjoyable and satisfying work is that which makes life easier for a customer.

In his new position, he is not yet involved in a big project. However, people still need reports or data-loads performed in order to do their jobs. He will be watching for an opportunity to do some automation.

John is an eagle scout and once jumped out of an airplane.